by Loki with Becci Wallace 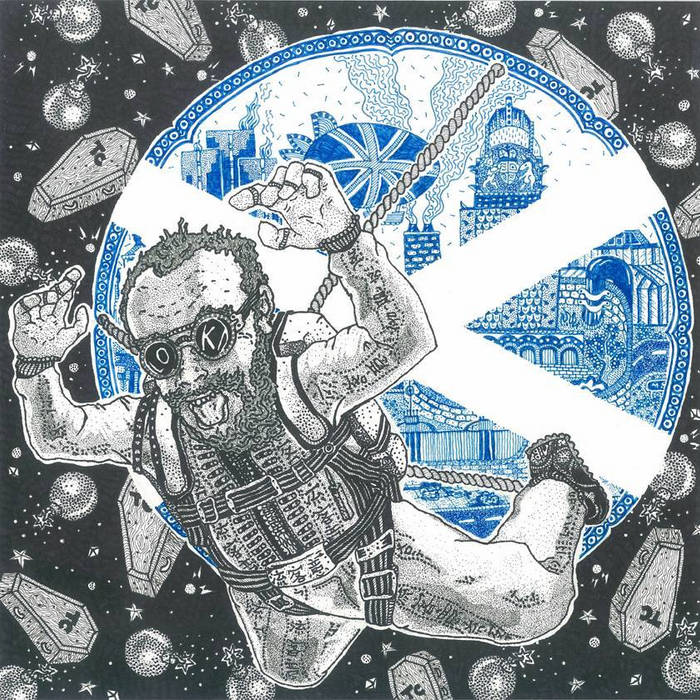 2014: Scotland has just emerged from one of the most turbulent, inspiring, unifying and yet divisive political campaigns in living memory. The new album by rapper, activist and writer Darren 'Loki' McGarvey addresses the referendum result in an ambitious, multi-media project incorporating music, film, art and journalism. A veteran rapper and an important new voice in Scottish public life, Loki has recently been featured in Vice Magazine, NME Magazine and on national TV, and in front of huge crowds in George Square, Glasgow on the eve of the referendum.

Entirely crowdfunded by Loki's fans, and aided by writing partner and singer/songwriter Becci Wallace, the album is Government Issue Music Protest - a dizzying, violent, by turns bleak and hilarious narrative about a journalist in a dystopian future Scotland. It's a love story, an exposing of grim conspiracies and the petty machinations of politicians and the media. A searing narrative packed with brutally honest confessional, vivid and artfully constructed couplets, and dizzying, multi-layered narrative.

This is the album Scottish hip-hop has been waiting for. It is the album Loki was born to make, and the opening salvo in a new creative era for the rapper-turned-journalist - it is the start of something. Welcome to the world of G.I.M.P. The album will be available from 5 November as a limited-edition CD or digital download. Digital and physical copies also include a PDF of additional written material and exclusive art.

Available from 5 November as a limited-edition CD, or digital download in your choice of formats. Digital and physical copies also include a PDF of additional written material and exclusive art.

"One of Scotland's most prominent and politically aware MCs."
- The NME

"Growing up in a broken home gave him a perspective to understand the paradox of growing up poor in a rich country, which he translates into his music... One of Glasgow’s most prolific hip-hop artists."
- VICE Magazine

"Scottish hip-hop's Chairman of the Board."
- The Skinny

"A piece of work that demands and deserves multiple listens... all wrapped up in a coherent time-travel dystopian audio-novel... Now there, as they say, is yir dinner."
- Dave Hook, Stanley Odd

"An Orwellian dystopia where Dr. Peter Capaldi drives a Bitcoin-operated time machine between Gotham City and Govan with a smacked-up Marty McFly in the boot singing The Wall by Pink Floyd as the Doc cranks up Spotify... A masterpiece... layered with storylines and sub-plots, metaphors and philosophy, characters and narrative, sex and drugs, war and poverty, lies and integrity, love and hate, imagination and reality, genetically modified wasps and eh cats .... lyrically this is a work of art... They may even just be bumping it in the New Glasgow slums in the year 2034."
- Mark McG, The Girobabies

"Flitting between past and present, deeply personal contant and political commentary, it's as much a dystopian fantasy as it is a cautionary tale... definitely needs multiple listens."
- Andrew Mackenzie, producer, filmmaker and rapper

All songs written by Loki and Rebecca Wallace.

Bandcamp Daily  your guide to the world of Bandcamp